Written by: John I. Liontas
Category: 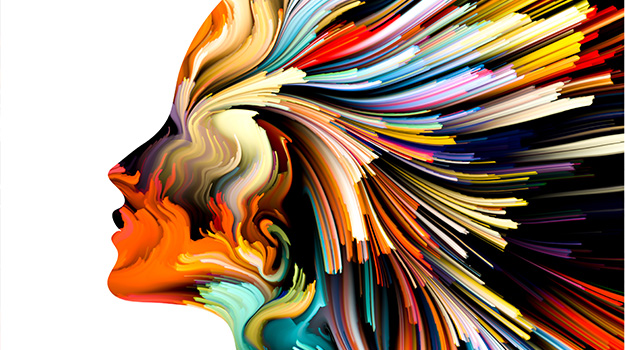 If you spent the last decade living under a rock, you could be forgiven for not having heard of AR, VR, MR, or XR (augmented reality, virtual reality, mixed reality, and cross reality, respectively). More than commonplace abbreviations today, these four abbreviations alone represent a digital marketplace worth tens of billions of dollars in investments and market share profits worldwide.

Both artificial intelligence (AI) and machine learning (ML), long aided by deep learning neural networks that mine large and complex datasets to help with decision-making, have for several decades now tried to mix the real world (the quality or state of being real) and a virtual world (being such in essence or effect, but not in fact; near or implied) to augment the user’s interactive explorer-like experience of places, spaces, and events (Bower et al., 2014).

According to Merriam-Webster Online Dictionary (n.d.), the blending of virtual reality with objects in the real world is what gives AR its distinct character: AR supplements the real world with computer-generated graphics of objects or 3D models that appear to coexist in the same space as the real world. Some of the most notable AR terms and features include the following:

Geolocation: The geographical latitude-longitude location of a user or an internet-connected computing device using an IP-to-location database.

Marker: A black and white square printed object for AR to scan; AR-markers are predefined visual cues that trigger the display of the virtual information.

Markerless AR: Provides location detection and helps the discovery of places; GPS, digital compass, and accelerometer combine effortlessly to add location information on the screen about the objects the device’s camera sees; markerless apps use GPS to locate places nearby or to offer directions.

Overlay: The content of images, videos, 3D animations, and sounds that is superimposed upon the trigger image allowing users to scan the trigger image in the real world to view the “Auras,” add actions to each, and interact with the overlay digital content and information via a mobile device.

QR Code: Quick Response Code, a machine-readable optical label (or 2D digital matrix barcode image) holding information/data about a specific item, allowing the user to encode information instantly using their phone camera or reader app. QR Codes can include text, files, and links to videos, websites, social media, and the like. Today, QR codes are native to most smartphones and no longer require users to first download a separate app to scan QR codes. (See YouTube for a tutorial on Creating and Using QR Codes in the Classroom; see also QR Codes 101.)

SnapTags: Exhibiting the functionality of the QR Codes, SnapTags are scannable barcodes that can turn any image (e.g., logo, special icon, marketing campaign) into a barcode that surrounds the image with a “code ring,” a black-and-white ring with dots that blends seamlessly into any design. Scanning the SnapTag or taking a picture and sending it to a designated number as a text message enables access to the information on the ring-shaped code with the brand logo in the center.

Tag: A type of bar code similar to QR Codes that, when scanned by a Tag reader, links the user to online content.

Trigger Image: The image, text, or object (a jpg or png) users scan to engage with its information.

How These Features Are Used

Think of the built-in and easy-to-use Snapchat design filters (and lenses and stickers), which can be used in a casual way to augment your photos and videos. These virtual objects often contain auxiliary information tags, such as video, audio, sound, illustrations, images, animation, web links, and text, which are, in turn, digitally superimposed upon or composited with the surrounding real-world environment. Users interact with both “real” and “digital” worlds in real time and can distinguish clearly between them by using a smartphone, tablet, augmented reality glasses (see Google Glass 2), or other mobile or wearable device (see Microsoft HoloLens). 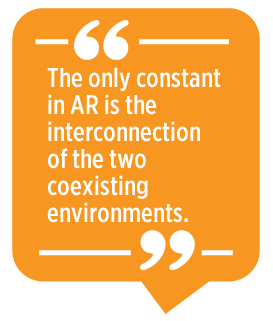 For example, the worldwide craze of the Pokémon Go app (an AR mobile game for iOS and Android devices) in the summer of 2016 is a prime example of such a simultaneous virtual-real world experience. To receive digital content overlaid onto the real world through visual recognition, users can launch an AR app and focus the device’s camera on a QR code with a marker for AR to scan, tap the smartphone against the NFC tag for the desired action to take place, or snap a photo of the SnapTag.

AR relies heavily on geolocation to display its digital content: The combined real and virtual image appears fixed in space, and the computer-generated sensory input, such as graphics, video, sound, or GPS data are entirely mobile, fluid, and scalable. The only constant in AR is the interconnection of the two coexisting environments—the real environment the user views and the virtual environment the computer generates. In distinct ways, AR supplements (it does not replace) reality and is regularly used in interior furnishings, games, navigation apps, ecommerce, tourism, architecture, construction, training and education, and more.

Following are some of the most notable augmented reality platforms:

The merging (blending) of real worlds and virtual worlds that includes both real and computer-generated objects is MR or MxR (merged or mixed reality, respectively). It combines aspects of AR (a semidigital experience in the real, physical environment) and VR (a fully digital experience in a computer-generated, 3D environment) to produce new environments and visualizations, where physical (real) and digital (virtual) objects coexist and interact in real time. A headset enables users to interact with both in real time (see Microsoft HoloLens).

Similarly, XR (cross reality) is content using emerging technologies, such as AR, VR, or MR. It is also hardware such as Google Tango, a high-end smartphone AR platform Google shut down in late 2017 and replaced with ARCore in March 2018.

A large body of research has already shown that AR can indeed be applied to teach a variety of academic subjects and English to learners, from the youngest pupils to adult learners (see Further Reading). Because the use of smartphones and tablets in the teaching and learning process is both portable and ubiquitous, AR can be used resourcefully to afford benefits not easily duplicated. Among these, AR...

Within AR learning environments stimulating increased interest and confidence in problem-solving, collaboration, and knowledge creation, students can, for example, effortlessly harness the technology that affords them a great many opportunities to explore settings in which authentic content and language learning is made both relevant and consequential.

Moreover, learning can be transmitted via any combination of text, graphics, graphic art, images, illustrations, sound, animation, audio, and video on analogue print objects, such as books, magazines, or flash cards, to effectively communicate dynamic concepts and ideas to users delivered by a smartphone or tablet or other mobile device. (See YouTube for an HP Reveal app tutorial.) Some of these practical scenarios for AR research-and-praxis include developing skill and knowledge to do the following:

Not only will such AR scenarios lessen students' language learning anxiety, but even more importantly, perhaps, the acquisition of information and skills will be augmented and integrated in powerful new research-and-praxis ways. In the end, (language) learning is triggered, knowledge is attained, and memories of having "lived" both are not soon forgotten, especially when students are offered relevant opportunities to tell their own AR stories in their own individual ways. (For an extensive list of digital tools and platforms, see Liontas, in press; also visit Digital Storytelling.)

Moving Forward in the New Landscape of AR Education

The combination of technology device, overlay, and trigger (or marker via the AR app that activates the overlay, the action that plays within the camera view, such as image, video, GIF, or 3D model) makes AR simple to use and interact with objects in virtual spaces. Interactivity and engagement are by far AR’s two greatest attributes. Simply put, AR is an intervening “reality” that opens new avenues for learning while interacting with the real world.

Yes, AR has some drawbacks:

However, AR developers and users willing to confront these challenges can nonetheless orchestrate AR-infused worlds wherein learning independently is maximized, content access is liberated, and engagement through purposeful utility or edutainment is optimized. Armed with easy-to-follow online or video tutorials, all such perceived challenges are easily surmountable with some investments in time and effort. And just as AR is progressively used in retail to usher product discovery and awareness prior to virtual product trial and personalization, content-area teachers and English language professionals alike can indeed employ AR to provide next learning virtualization for increased discovery, trial, engagement, personalization, and conversion of (language) content data into powerful learning AR formats, defying conventionality and instructional monotony: one AR-experience at a time, one reality superimposed—digitally, holographically, inventively.

Dr. John I. Liontas is the director of the Technology in Education and Second Language Acquisition (TESLA) doctoral program at the University of South Florida, where he teaches masters and doctoral courses in ESOL, SLA, idiomatics, and emerging digital technologies. He is an active member in (inter)national learned societies, a distinguished thought leader, a multiple award-winning author, a researcher, and a practitioner. He is also the editor-in-chief of the award-winning encyclopedia, The TESOL Encyclopedia of English Language Teaching (Wiley, 2018), the first print and online encyclopedia for TESOL International Association since its founding in 1966. 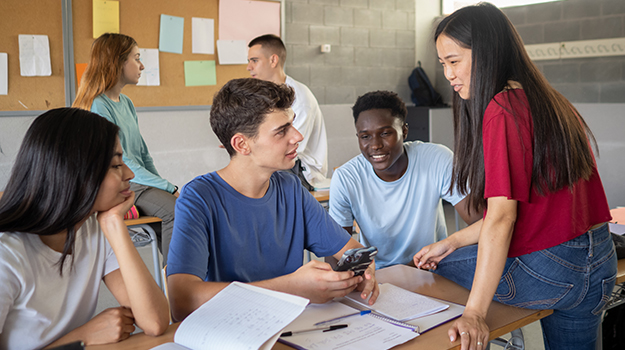 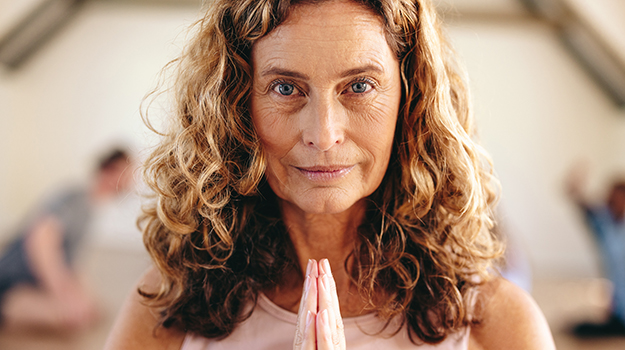 A Teacher Wellness Check-In Before the Spring Semester 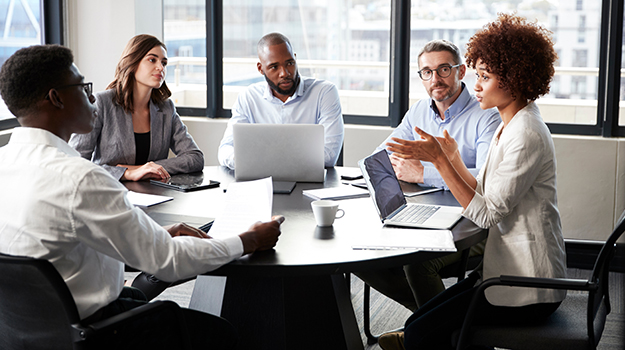 Say It in a Page – Communication for Leaders